Plant a tree in memory of Elva
An environmentally-friendly option 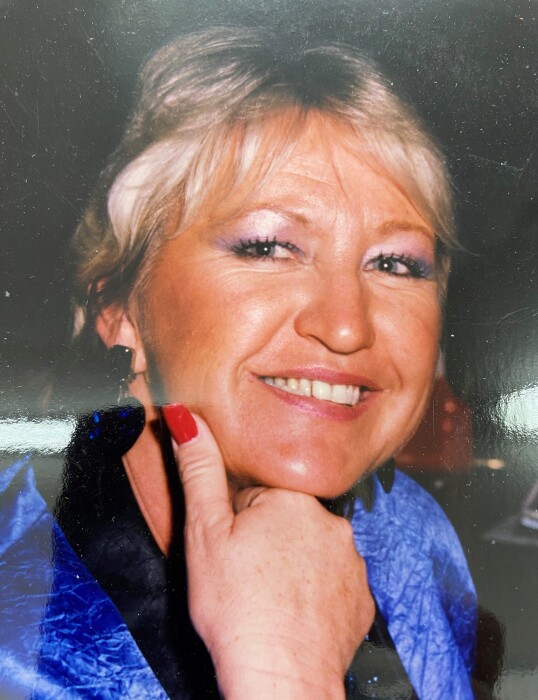 Our beloved mother, grandmother, great-grandmother, aunt and friend, Elva Joelle Johnson, passed away March 27, 2021 at the age of 80 after a sudden diagnosis of cancer. Elva was born in Liberty, Texas on March 9th, 1941 to parents William and Flossie Murphy, now deceased. She had nine siblings: surviving sister Verna, and deceased: Margaret, Doris, Howard, Curtis, Carol, Bill, Jerry, and Jean. The family moved From Texas to Sonoma County, settling in Healdsburg, where Elva went to Healdsburg High School.

Elva married and raised four children in Healdsburg: survived only by her loving daughter Kimberley, having been predeceased by her beloved three sons: Donald, Danny, and Darren. She worked in the restaurant and hospitality industry in Sonoma County for several years before moving to Honolulu, Hawai’i. Elva’s dynamic personality and management skills landed her a job as director of the famed Honolulu Press Club where she managed a large crew of cooks, bartenders, servers, and arranged many special events. After a bad fall and serious back surgery, Elva moved to Carlsbad, California, and married Charles Lewis.

Using her management and business skills, Elva helped run her husband’s contracting business. After Charles Lewis passed away, Elva came back to Sonoma County where her children and grandchildren were living. Elva’s legacy is in her highly accomplished grandchildren of whom she was infinitely proud: Joe, Brittney, Stacy, Tara, and Anthony (who is deceased). She delighted in becoming the great-grandmother of six great grandchildren, Ava, Harper, Colton, Rowan, Violet, and Collin.

Although retired, Elva loved helping with special events at Sunce Winery in Santa Rosa, where she helped with reservations and acted as an event director. Elva was a great cook, seamstress and lover of card games and cribbage of which she passed down to anyone who met her. Elva leaves behind many nieces, nephews, cousins, and dear friends from all over the country. A second mother and mentor to many, Elva was kind and generous to a fault. Her witty sense of humor and inclusive warm personality will be missed by all.

There will be a celebration of life when permitted. Donations can be made to the American Cancer Society in her name.

Plant a tree in memory of Elva by clicking here.
To send flowers to Elva's family, please visit our floral store.

A service summary is not available

Plant a tree in memory of Elva
An environmentally-friendly option

Plant a tree in memory of Elva

1 tree planted in memory of Elva

A Memorial Tree was planted for Elva Joelle Johnson-Lewis

Plant a tree in memory of Elva